I have this horrible personality defect where I would rather do anything other than what I'm supposed to be doing. I guess that's how I initially picked up running as a hobby - - I would rather do something I detested than do whatever task I had to do.

Running was also a distraction from my miserable life: I was now middle-aged; I was stuck in a horrible job where my employer didn't respect me, yet took advantage of my expertise; I was gaining weight and my health metrics were deteriorating; I suffered from insomnia.  Running gave me a new goal and purpose in life.

Despite the numerous benefits I reaped from my new hobby (weight loss, better health metrics, better sleep), I still hate running. I wake up at an ungodly hour to run pre-dawn. Running also leaves me low-key exhausted and sore all the time. And I don't care what anyone says... running is HARD. It's hard on my body and my mind. But I run anyways because this is a pain that I choose to undergo; I tolerate the pain/misery of running because I choose to do so. When I choose to overcome laziness and lack of motivation, I am strengthening my mind and body to be prepared for any obstacles life will throw my way. I will have the confidence in knowing that if I can bear the pain of finishing a Marathon, I can overcome anything.

At the beginning of this year, I made a couple of pretty dramatic changes to my finances: (1) I switched from contributing to a traditional pre-tax 401k to a Roth 401k and (2) I also started contributing beyond the annual 401k contribution limit because my company's 401k plan allows for after tax contributions into the traditional 401k with a mega backdoor Roth conversion.

Just to illustrate the additional financial "pain" I've chosen to inflict upon myself, last year I contributed $18.8k into my traditional 401k.  This year, I am on track to contribute $19,500 into my Roth 401k plus $12,450 after-tax contributions. (That's almost a 70% increase in my 401k contributions!)

These changes reduced my take-home pay by about 15% which was initially hard.  But I've since adjusted, and to be frank, the pandemic has helped me reduce my spending considerably. I also anticipate that my income tax bill will be higher come April 2021.

The catalyst for this change came about last year when I saw that in a couple of years, I will be eligible to contribute approximately $7500 extra into my 401k for the over-50 catch-up allowance. I freaked out.

After the initial freak out, I wondered to myself, if I was 50 now, would I be able to contribute the current catch-up limit of $6500?  Around the same time, I learned that my Company allows for after-tax contributions with an in-service Roth conversion. That got me thinking, "Why don't I pretend I'm already 50 and contribute (beyond the $19.5k limit) on an after-tax basis up to $6500?" I took a deep breath and took the plunge.

Due to a serious miscalculation on my part, I ended up contributing almost double the rate of what I was planning on an after-tax basis. 😝  But by choosing to inflict this "pain" on myself, I discovered that I was capable of doing so much more than what I thought I could.  Retirement savings is a metaphorical Marathon - - I choose pain now to get to the finish line faster.

Posted by Shtinkykat at 5:55 PM

I have heard of the mega backdoor but I've never heard of anyone actually doing that. Good for you for taking the leap and doing it. 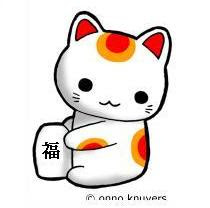